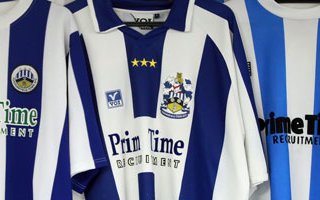 A nightmare defeat at home to fellow relegation candidates Crystal Palace has left Huddersfield in perilous danger of crashing back down to the Championship.

The newly promoted side have battled bravely all season and they still have a three-point cushion above the drop zone. But the teams below them are all more experienced and have plenty of match winners to dig them out of trouble, so Huddersfield fans are in for a nerve-wracking denouement to a thrilling season.

Punters have reacted by backing the Terriers to go down and leading betting sites show that the odds are pretty attractive.

Right now Huddersfield are priced around 6/4 to go down and that has enticed many fans. It is rare to see all three promoted teams beat the drop, and Newcastle and Brighton have been displaying strong form, so that could spell bad news for David Wagner’s men.

As it stands they are 15th, with Crystal Palace now just one point behind them after that 2-0 win at the weekend. The Eagles now have talisman Wilfried Zaha back from injury and they are likely to secure enough points to beat the drop.

West Ham are 17th, also one point behind Huddersfield, but they have a game in hand. They are having a tough time, as fans` protests at the club`s ownership have turned nasty, but they still possess plenty of quality.

Southampton are in the relegation zone, three points behind Huddersfield, but also with a game in hand. They have just parachuted in Mark Hughes in a bid to save themselves from relegation, but that is touch and go right now as their form has been abysmal in recent weeks.

Stoke are second from bottom, four points behind Huddersfield, and they need to start picking up points quickly.

West Brom are rock bottom, dead and buried and heading for the Championship. Stoke are the 4/11 favourites to join them, and then Huddersfield are next in the betting at 6/4. Southampton are 9/4, West Ham are 5/2 and Palace are all the way out at 8/1 with some bookmakers. If it goes the way the oddsmakers predict, the Terriers will be relegated along with Stoke and the Baggies.

At this time of year, a goal scorer can get you out of trouble, and Huddersfield appear to be sadly lacking in that department. All the teams below them apart from West Brom have scored more goals than them this season. Huddersfield have scored just 25 goals in 31 games, and that is not really good enough to survive. Their top scorer, Steve Mounie, has managed just six league goals this season, while Laurent Depoitre has five, Aaron Mooy has scored four and Rajiv van La Parra has hit three. No other Huddersfield player has scored more than a single goal all season.

They are pretty bereft of creativity, dynamism and incision going forwards at the moment, and it has cost them dearly in recent weeks. They have gone three games without scoring and picked up just one point in that time. It has seen Swansea, Brighton and Newcastle leapfrog them and it could prove calamitous in their remaining games. Their next three games after the international break are huge.

First they travel to St James`s Park to face Newcastle in a massive relegation six-pointer, then they are away at Brighton for another. Wagner`s men have lost 10 out of 15 games on the road this season, so playing away from home in these crucial fixtures does not bode well.

Then they host Watford in another crucial game. Their final four fixtures see them play Man City, Chelsea, Arsenal and Everton, and it would not be surprising if they took zero points from them, so if they cannot get plenty of points on the board before that they will be looking doomed.