Where Will The Terrier’s Scrap Finish The Season? 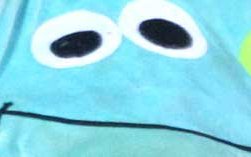 A new season, a new special computer crunching the numbers to determine the final Premier League positions for 2017/18.

Here are the updated Premier League predictions for the season of 2017/18 after all sides have played at least 27 games of the campaign.

Who goes down?! Who is the current favourite to lift the title this year.

Well you don’t have to guess.

With most playing 28 games in the Premier League season of 2017/18, the current favourite to lift the title are the current leaders – Manchester City. Their early season form has seen them leap to top spot and they haven’t wavered since.

The computer currently has them remaining in top spot, ahead of Manchester United by 18 points, and Liverpool by 21 points.

Chelsea take fourth place at the moment with 78 points, two points ahead of Tottenham Hotspur and Arsenal are in sixth place way back on 63 points.

At the other other end of the table, the three sides currently predicted for the drop are Crystal Palace, Stoke City and West Bromwich Albion – Swansea and Southampton avoid the drop with a single point each.

The one thing that can’t be ignored though is there is a hell of a lot of football still to be played even though we find ourselves almost in March and sides that have started well may fade away and others could find form as the months tick by, but this is a bit of fun – I wouldn’t bet your house on it!

The predictions are a reflection on the season so far, and absolutely nothing more, and in most cases the next fixture day could cause wholescale changes to the table.

For Huddersfield Town specifically, as the latest month ticks by they are set for an end of season flourish. Compared to last month the Octopus is expecting an uplift in form for David Wagner’s side as they move up a place in the table and grow their expected points finish from 36 to a predicted 41 points for the campaign of 2017/18.

Sitting seven points ahead of the dropzone following promotion last season, few fans would argue with that.