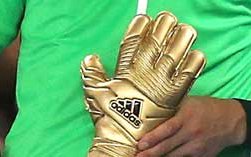 The season might only be a few months old in terms of the calendar, but with high expectations for some players when it comes to this year’s Golden Glove battle – here’s who stands out so far.

The 2016/17 Golden Glove battle was won narrowly by Thibaut Courtois, with Hugo Lloris only one game behind him but plenty will be looking to go a step further this year and mount a real challenge on those two.

Especially when you consider five players were within six games of challenging, with two only two off Courtois.

There are more than enough games left for the table below to change so we’ll just have to see what happens.

With all sides playing at least 27 games so far in the 2017/18 campaign I’ll limit the table to those with five or more clean sheets to their name.